Scientists Want To Synthesize The Human Genome. What Does That Mean? 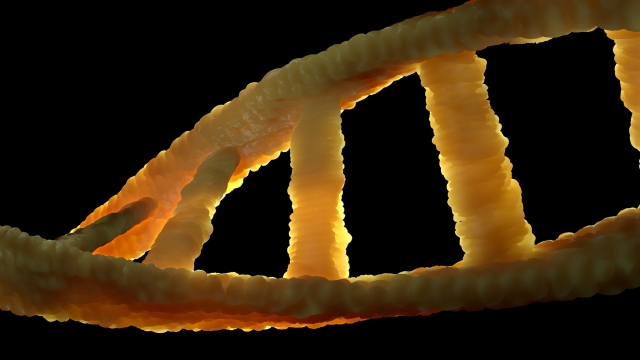 So, scientists want to build a synthetic human genome. What does that mean, and should we be nervous?

A group of scientists and entrepreneurs met at Harvard University recently to talk about synthesizing human DNA.

Basically, they want to take all 3 billion base pairs in the human genome, program them into a machine and have the machine piece it all together.

In theory, synthetic DNA isn't any different from other DNA. It's still just sugary chemicals in a certain order.

It's like if you took a book and retyped it letter by letter on a typewriter. It's made up of the same words — the human genome is just more like an entire bookshelf.

But it's still expensive and time-consuming to build long sequences of DNA in a lab, so the Harvard meeting was largely about bringing people together to improve the technology faster.

As for whether it's a frightening development, there are already so many genetic engineering tools out there that synthetic genomes probably wouldn't be a game changer. Still, the fact that the Harvard meeting was hush-hush is kind of concerning.

Two professors writing in the science magazine Cosmos criticized the way the meeting was handled, saying conversations about the human genome should take place in the open.

This video includes clips from Harvard Medical School, Work With Sounds / CC BY 3.0, Synthetic Genomics Inc. and the University of California, Berkeley and images from MIKI Yoshihito / CC BY 2.0, Adam Niemen / CC BY SA 2.0 and Getty Images.