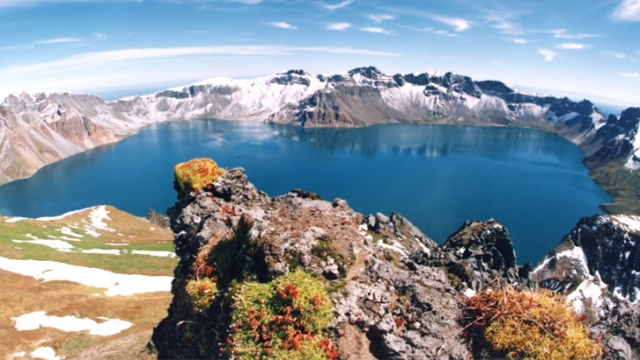 North Korea's nuclear testing isn't just a possible danger for nearby countries and the Western world — it could also trigger a volcanic eruption from nearby Mount Baekdu. At least according to South Korean seismologists.

According to the research team, the volcano last erupted in 1903. A previous eruption was one of "largest explosive events in human history."

North Korea refuses to stop its nuclear program and has conducted multiple underground nuclear tests in recent years, the most recent of which was in January and was immediately condemned by Western nations.

But according to RT, this isn't the first warning from seismologists of volcanic fallout from North Korean nuclear testing. In 2013, a geologist said, "A nuclear test will probably exert a direct or indirect impact on volcanic activity at the mountain, and this is worrisome.”