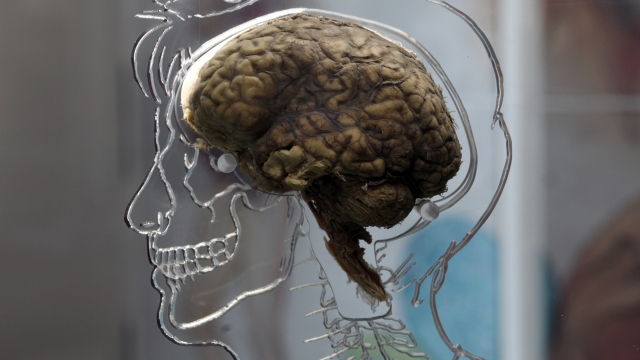 Air pollution can do a lot of damage to the human body, from the lungs to the skin to the heart.

And, according to a new study, scientists can now add the brain to that list.

Researchers from Lancaster University in the U.K. have found tiny magnetic particles from air pollution lodged inside human brains.

The study's authors analyzed the brain tissue of 37 people between the ages of 3 and 92 who lived in Mexico City and Manchester, England.

And they say they found "abundant" magnetite nanoparticles in the samples, which isn't a good sign.

"It causes the formation of very reactive oxygen species, such as free radicals, that cause cell damage and eventually cell death, the hallmarks of diseases like Alzheimer's disease," Professor Barbara Maher, one of the study's authors, said.

And researchers say the particles they found look very similar to those found in air pollution in urban areas, especially next to busy roadways.

They are formed by combustion of frictional heating from car engines or brakes.

But scientists say they're hopeful the study will provide new opportunities for research into possible environmental risk factors for all kinds of different brain diseases.

According to the Alzheimer's Association, more than 5 million Americans are living with the disease.

And Alzheimer's and other types of dementia will cost the country $236 billion in 2016 alone.

You can read more about the study's findings in the Proceedings of the National Academy of Sciences.