Scientists Are Getting Closer To A Working Zika Vaccine 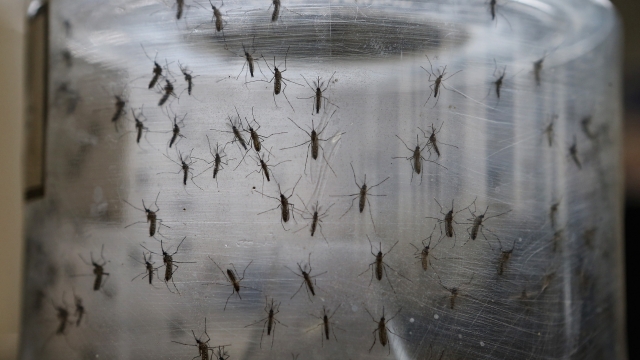 SMS
Scientists Are Getting Closer To A Working Zika Vaccine

By Eugene Daniels
June 28, 2016
And it's thanks to a newish vaccine technology called DNA vaccines.
SHOW TRANSCRIPT

Concern about the spread of the Zika virus seems to only be outpaced by the speed in which the scientific community is working to create a vaccine. And scientists seem like they're close to developing some protection from the virus with multiple vaccines in the works.

One vaccine recently received its first approval from the Food and Drug Administration to start testing on humans. The company says it's going to be testing 40 people in a few weeks and if it's safe, will move on to a larger trial.

And a new report from Harvard Medical School shows researchers were able to create a vaccine that kept mice completely protected from the Zika virus. Now, mice and humans are obviously different, and one of the co-authors concedes that fact but says the findings "raise optimism" that a vaccine for humans may not be too far off.

If it feels like it hasn't taken long for these vaccines to start churning out, you'd be right. It's all thanks to a newish technique called DNA vaccines. Unlike other vaccines that contain a whole virus, DNA vaccines only carry a small piece of the virus's genetic code.

This hopeful news also comes as Senate Democrats blocked a spending bill that would've helped fight Zika. Democrats said the GOP hijacked the bill by adding provisions cutting financing for Obamacare and restricting how Planned Parenthood could provide contraceptive services in the fight against Zika.

Either way, these two vaccines join at least one other from the National Institutes of Health that could be ready for approval in the next couple of years.

This video includes clips from The Centers for Disease Control and Prevention, Harvard University and National Geographic. Music provided courtesy of APM Music.