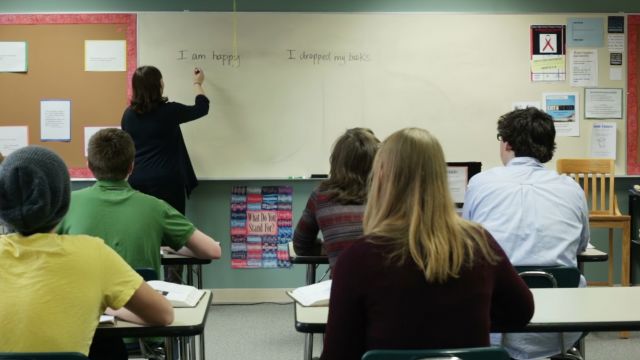 On Saturday the school system announced it's out of money — completely. As of June 30, Detroit Public Schools will stop writing paychecks to its teachers.

That's really bad news for educators who elected for year-round pay, versus only during the school year.

It's also bad news for students who signed up for summer school or who need special education services — the district will have to pull the plug on those expenses, too.

But Detroit isn't the only place where budget cuts reign. A study from the Center on Budget and Policy Priorities shows more than half of the states in the country spent less money per student in 2014 than they did in 2008.

Schools aren't just skimping on spending per student — they're also failing to hire new teachers. Data shows nearly 300,000 jobs have been slashed since 2008 even though enrollment has risen by more than 800,000 students.

So what's to blame? The Center on Budget and Policy Priorities points to a number of things including a decline in federal funding, rising costs and state tax cuts.

There's no simple solution to these funding issues. But for teachers in Detroit who could be waiting for paychecks they won't get, it looks like they'll give coordinated "sick-outs" another go.

This video includes clips from WXYZ and images from Getty Images.