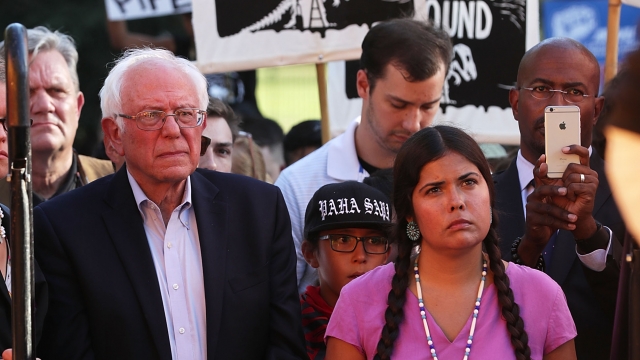 On Tuesday, people gathered at the White House to oppose the Dakota Access Pipeline.

"Stop the pipeline," Senator Bernie Sanders said as he addressed the crowd. "Respect Native American rights. And let us move forward to transform our energy system away from fossil fuel."

The $3.8 billion project runs through the Missouri River.

The Standing Rock Tribe says the pipeline threatens its water and sacred sites.

The Department of Justice halted construction on the pipeline.

Now the U.S. Army is reviewing the project.