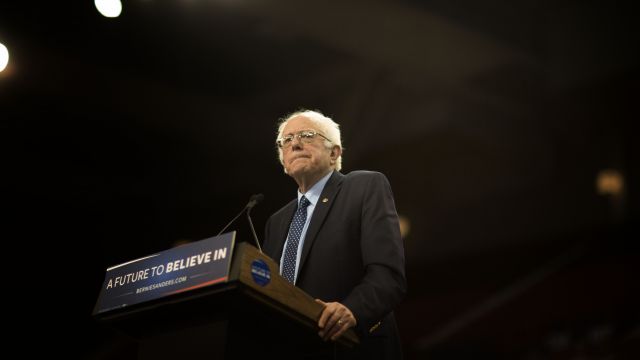 Bernie Sanders' sit-down with New York Daily News turned into more of a trial by fire for the Democratic presidential hopeful.

According to interview transcripts published by the outlet, Sanders had trouble answering a few detailed questions about how his proposed policies would actually work. Sanders has made breaking up big financial institutions a central part of his platform — but he couldn't tell the Daily News precisely how he would accomplish that or what the immediate consequences of that break-up would be.

Sanders also struggled with foreign policy during the interview, waffling on President Obama's counterterrorism policies and the Israeli-Palestinian conflict. The senator did give stronger answers on other issues, like free trade and education reform.

It's not clear whether the interview will have any lasting impact on Sanders' campaign: He has typically focused on rhetoric and ideals rather than policy specifics. But the sit-down will give his rivals an attack vector, and hopefully, give the campaign something to think about in the future.

And in an election cycle where the media has often been criticized for its nonstop coverage of Donald Trump's every gaffe, this interview is a nice reminder that there's still value in having the media hold a candidate's feet to the fire.

This video includes clips from Bernie