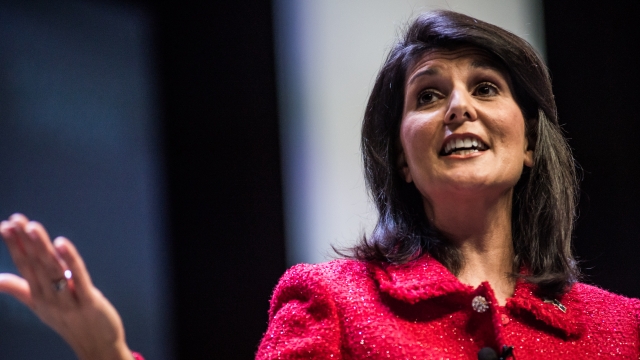 Haley is the daughter of Indian immigrants, and she's one of few Asian-Americans to hold a governor position in the U.S. She's also the first woman to hold the office in South Carolina.

Haley was praised for how she handled the racially fueled Charleston church shooting and the severe flooding that hit her state.

SEE MORE: Trump Won't Push For Clinton Investigations After All

But the governor could look a little unprepared in the foreign policy arena. She doesn't have much experience, and we don't know where she stands on some key world issues like the war in Syria.

Because of that, some wonder if she'll get the Senate's confirmation.

She would obviously have Trump's support, which is somewhat surprising considering how critical she was of his campaign at the beginning of the year.

"During anxious times, it can be tempting to follow the siren call of the angriest voices," Haley said in January in what was seen as an allusion to Trump.

But Trump's been making headlines for considering past opponents for top spots, including Mitt Romney as potential secretary of state.

Samantha Power is currently serving as the U.N. ambassador.