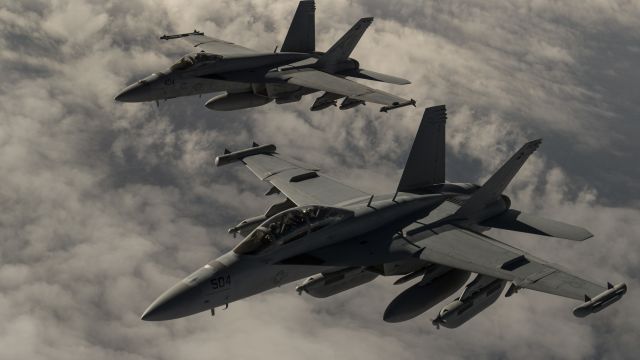 U.S. and Russian jets had a bit of a close call over the skies of southern Syria.

Russian jets were targeting the "New Syrian Army" — a group of Syrian rebels that operates near the Jordanian border.

The U.S. has been backing the group as it fights ISIS in southern Syria.

Sending its own jets to the region, the U.S. demanded that Russia stop its airsrikes.

When the U.S. jets left to refuel, the Russian jets reportedly came back for a second round of strikes.

The U.S. Department of Defense expressed "strong concerns" over the strikes and set up an unusual video conference with its Russian counterparts to discuss what happened.

"Here's a case where they actually attacked forces that were fighting ISIL. And if that was their intention, that's the opposite of what they said they were going to do," U.S. Secretary of Defense Ash Carter said during a press event Friday.

Russia has expressed willingness to work more directly with the U.S. on airstrikes in Syria. The U.S. has declined its offer, though, since it would put the U.S. on the same side as the Syrian regime.

This video includes images from the U.S. Air Force and New Syrian Army and clips from the Russian Ministry of Defense, U.S. Department of Defense and U.S. Navy.