Rudy Giuliani Is Out Of The Running For Secretary Of State 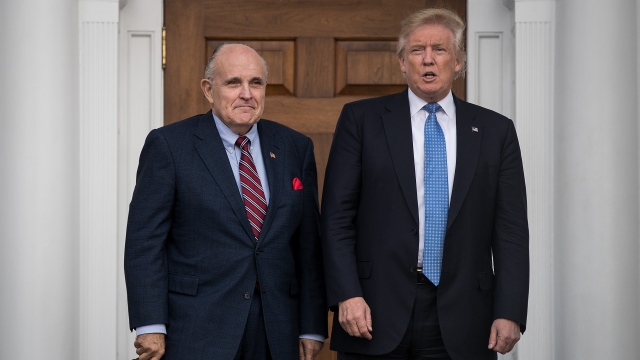 Giuliani was rumored to be at the top of Trump's short list, but the president-elect's transition team announced Friday his name is officially out of the running for the Cabinet position.

The news isn't exactly a shock for Giuliani; the former New York City mayor says he withdrew his name Nov. 29.

"I thought there were enough choices that were good for him, (and) I wasn't absolutely necessary," Giuliani said on Fox News' "The O'Reilly Factor."

But Trump's transition team suggested Giuliani was still in consideration for secretary of state in early December.

Giuliani has been a vocal supporter of the soon-to-be president and will reportedly keep his position as a vice chairman on the transition team.

After that, he says he'll return to his work in the private sector.

While the transition team hasn't confirmed all of the names in the running, Mitt Romney's is apparently still on the table.