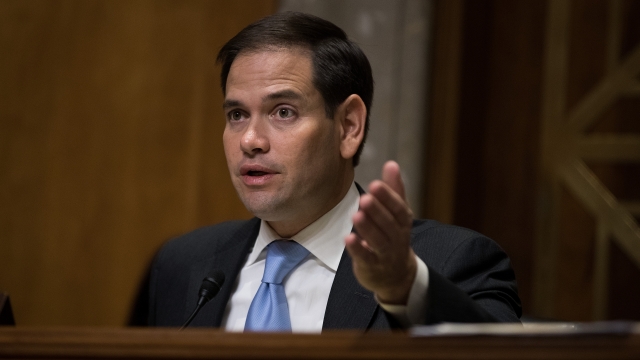 "Today it's them; tomorrow it could be us," U.S. Sen. Marco Rubio of Florida said recently.

That's Rubio's reasoning for why he won't talk about revelations from the Hillary Clinton campaign's leaked emails.

The U.S. government confirmed earlier this month it believes Russia is behind various hacks of emails that have ended up on WikiLeaks.

Donald Trump and other Republicans have attacked Clinton for information that has come to light from the emails.

But Rubio's urging his fellow Republicans to refrain from using the information "that has become public solely on the basis of WikiLeaks."

"Do we really want to live in a country where a foreign intelligence agency can hold our — can blackmail our public officials by threatening that if you don't do what they want, they're going to release your daughter's emails, your son's emails, your wife's emails?" Rubio said to reporters.

Rubio is running for re-election.

The Clinton campaign hasn't officially confirmed the authenticity of the emails published by WikiLeaks.