Royce Gracie: Ken Shamrock Isn't The Godfather Of MMA, 'He Lost To Me' 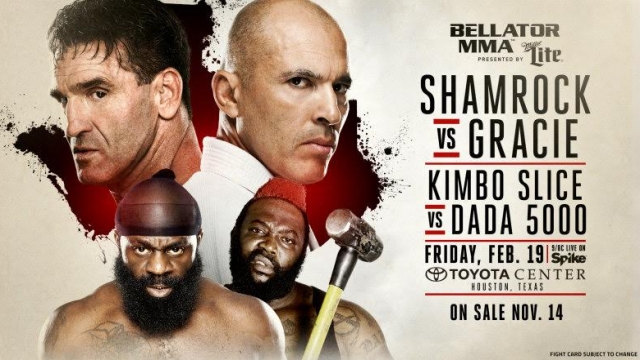 UFC Hall of Famer Royce Gracie is not a fan of his Bellator 149 opponent, Ken Shamrock.

"When he self-proclaims himself as the most dangerous man, it's like 'really?' ... If you know how to fight and you know what you can do, you don't need to act like that," Gracie said.

After a nearly 10-year hiatus, Gracie is returning to MMA at Bellator 149.

This is the third matchup between Gracie and Shamrock.

Gracie beat Shamrock by submission at UFC 1 in 1993.

"He didn't want to fight me. He just sat on me and held me down for 36 minutes to a draw. Now, we're going to put an end to this," Gracie said.

This video includes images from Getty Images and MartialArtsNomad.com / CC BY 2.0.