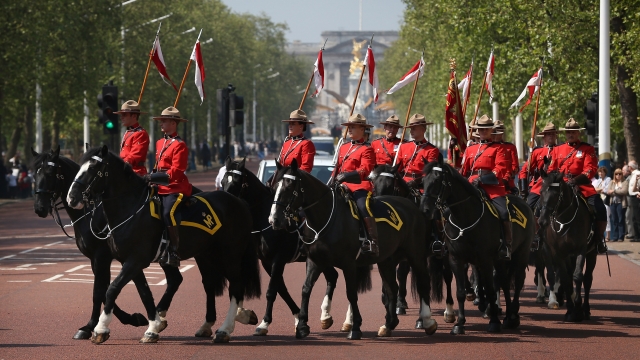 SMS
Canada's Mounties Welcome The Hijab
By Melissa Prax
By Melissa Prax
August 25, 2016
The decision comes after other Canadian police forces included the hijab in their list of approved headwear.
SHOW TRANSCRIPT

As some parts of the world crack down on the hijab, Canada seems to be embracing it.

The Royal Canadian Mounted Police is now allowing its Mounties to wear hijabs. Officials say it's an effort to create a more inclusive, progressive environment that shows respect for other cultures.

The group has allowed turbans worn by those of the Sikh faith since the '90s.

Adding the hijab to its list of approved headwear comes after Toronto and Edmonton police included it.

Canada's Muslim population is on the rise. From 2010 to 2030 that group is expected to almost triple.

In 2001, Canada's Army updated the language in its manual to say women are allowed to wear a hijab while serving. That was after a Muslim lieutenant wore one on the job in 1996 — the first Muslim woman in the Canadian Armed Forces to do so.

Canada's police forces aren't the only ones in the world welcoming hijabs. Scotland's police announced this week their uniforms will soon be updated to include a hijab option.