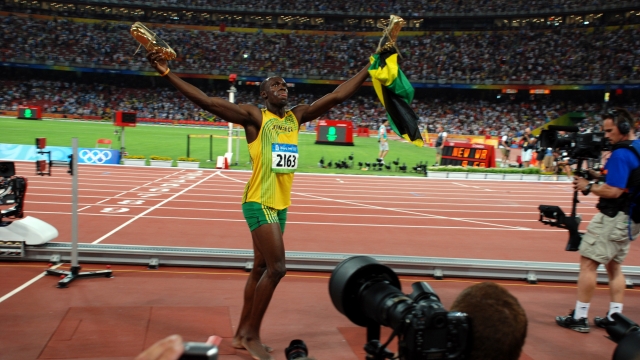 Usain Bolt, considered the world's fastest man, may not compete in the Rio Olympic Games next month.

Bolt tweeted on Friday that he has a Grade 1 tear in his hamstring and sought a medical exemption from the 100-meter final and the rest of the Jamaican National Championships.

He said, "I will seek treatment immediately and hope to show fitness at the London Anniversary Games on July 22 to earn selection for the Olympic Games in Rio."

Jamaica Athletics Administrative Association policy says athletes who rank in the top three in the world for an event and receive an injury or ill exemption in the National Championships can still be considered for the Olympics. That's if they can prove their world ranking before the final entries need to be submitted.

Even if he recovers, it's unclear if he'd be able to compete in the 200-meter race because according to CNN, Bolt hasn't run a 200-meter race this year.

The 29-year-old is a six-time Olympic gold medalist and holds the world record for the 100-meter and 200-meter races.

He tweeted late Friday two photos of him undergoing treatment for the tear. He wrote, "Starting the recovery process right away."

The Olympic Games opening ceremony will be held on Aug. 5 with track and field competitions beginning on Aug. 12.