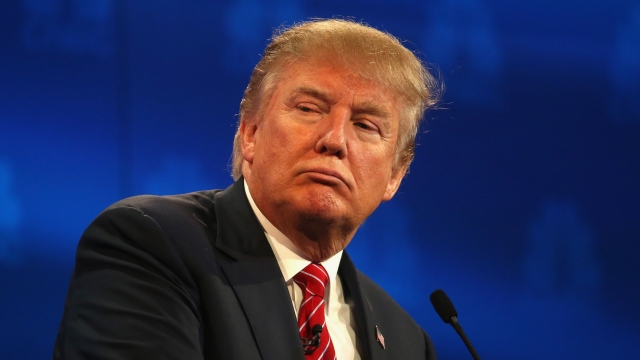 SMS
Retired General: Military Would Disobey If Trump Ordered Torture
By Grant Suneson
By Grant Suneson
February 28, 2016
A retired Air Force general said the military would "refuse to act" if Donald Trump told them to "go much stronger than waterboarding," as he said.
SHOW TRANSCRIPT

Donald Trump has always made a point of saying he supports the military during his campaign, but the feeling might not be mutual.

Michael Hayden, a retired U.S. Air Force general and former CIA director, told Bill Maher that the military may not comply with orders Donald Trump has promised to give regarding torture.

"Waterboarding is your minor form. Some people say it's not actually torture. Let's assume it is, but they ask me the question: 'What do you think of waterboarding?' Absolutely fine, but we should go much stronger than waterboarding," Trump said.

Hayden said if Trump followed through with his plan of going beyond waterboarding, that would cause some soldiers to disobey their orders.

"If he were to order that once in government, the American armed forces would refuse to act. ... In fact, you are required not to follow an unlawful order. That would be in violation of all the international laws of armed conflict," Hayden said on "Real Time With Bill Maher."

There's been an ongoing debate about whether waterboarding should be qualified as torture. Obama discontinued the interrogation technique just after becoming president, believing it to be torture and therefore illegal under international law.

And Hayden said he thinks members of the armed forces would see Trump's suggestion to "go much stronger than waterboarding" the same way, which would make them obligated to contradict the commander in chief.