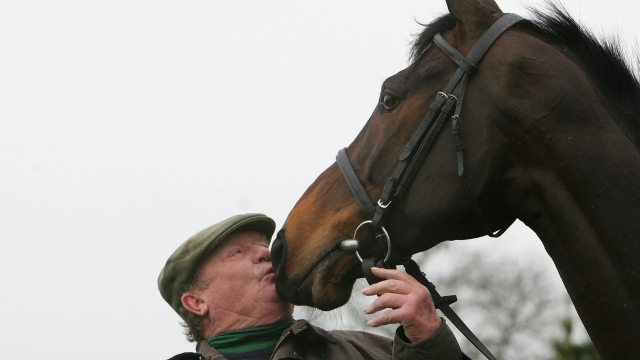 Man’s best friend may have some competition. New research shows horses may be just as good at understanding humans as dogs are. At least when it comes to us being angry.

Researchers at the University of Sussex showed photographs of unfamiliar men to 28 horses and measured their spontaneous reactions. The photographs either showed a man with an angry or a happy face.

Researcher Amy Smith said, "The reaction to the angry facial expressions was particularly clear — there was a quicker increase in their heart rate, and the horses moved their heads to look at the angry faces with their left eye."

That left eye behavior is something researchers say dogs do, too. Experts think it has to do with how the brain’s hemispheres process threatening stimuli.

Smith said: "It’s interesting to note that the horses had a strong reaction to the negative expressions but less so to the positive. ... In this context, recognizing angry faces may act as a warning system, allowing horses to anticipate negative human behavior such as rough handling."

So is this ability to read human emotions something that was adapted over time or is it just a horse-by-horse scenario? Hard to tell. But it’s likely something that researchers will continue to look into as they study the relationship between the animal’s emotional skills and social behavior.