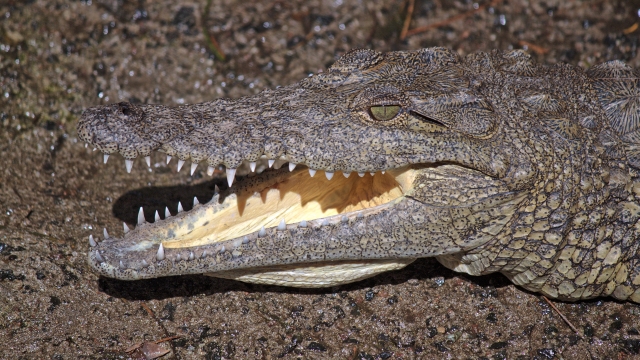 Scientists have confirmed Florida's latest invasive species is a type of man-eating crocodile from Africa.

The captured reptiles all have similar DNA, leading researchers to think the trio are most likely related.

While only three crocs have been discovered, the researchers who identified them say they may not be the only ones in the everglades, especially given how they survived unchecked in the wild for a few years before their capture.

The Nile crocodile is native to mainly sub-Saharan Africa. There, the crocodiles were responsible for nearly 500 reported attacks from 2010-2014, where over 70 percent were fatal.

The crocodiles' appearance falls roughly in line with other invasive species that have popped up in Florida. As a state, Florida harbors more invasive amphibians and reptiles than any region on the planet.

Researchers have compared the crocs to the Burmese python, which first appeared in the Florida everglades in the 1980s. Since then, the population of the invasive snake has grown to over 30,000 in the state.

But not all invasive species are frightening carnivores. Florida spends $30 million of taxpayers' money each year combating invasive weed species that trouble the region's forests.

The good news is there's not yet any indication the Nile crocodiles will start breeding, even though they're related to the native American crocodiles in the region. Key differences between the species make living together unlikely.