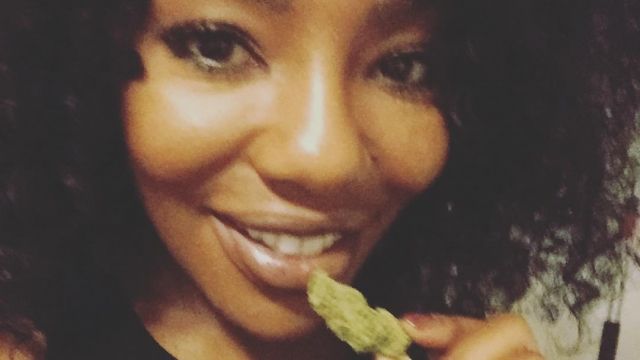 Remember that Alaska TV reporter who quit her job on live TV to focus on legalizing marijuana?

"And as for this job, well, not that I have a choice, but, f--- it, I quit," KTVA reporter Charlo Greene said.

According to a report from The Guardian out last week, the former KTVA reporter has pleaded not guilty to multiple charges, including "misconduct involving a controlled substance."

A spokesperson for the Alaska attorney general's office told the outlet she's facing 14 offenses for running the Alaska Cannabis Club.

The club was created six months before the state voted to legalize the manufacture, sale and possession of marijuana in 2015.

So it let people to buy "memberships" and make "donations" in exchange for pot when it wasn't legal to do so.

Authorities conducted several raids and undercover operations at the Alaska Cannabis Club. Greene wasn't directly involved in any of them.

But she's being charged because it's registered under her name.

In a blog post, Greene called the charges against her "a modern day lynching."

And she told Complex in an interview last week, "It feels like I'm in this alone and it shouldn't. I'm supposed to be part of this huge community and it doesn't feel like it."

Greene's trial is expected to start in the coming months.