Are South American Smuggling Networks Bringing Extremists To The US? 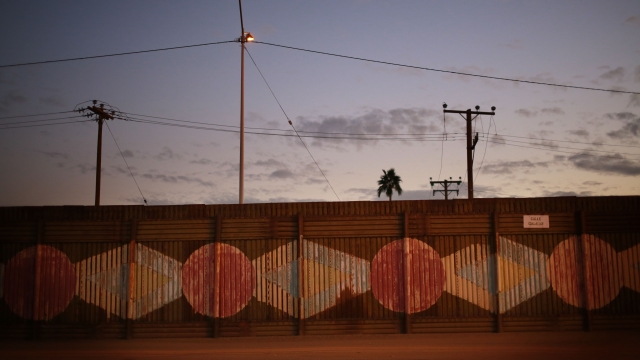 SMS
Are South American Smuggling Networks Bringing Extremists To The US?
By Lindsay Gloor
By Lindsay Gloor
August 22, 2016
The U.S. Southern Command reports Sunni extremists might be crossing the southern border with help from smugglers.
SHOW TRANSCRIPT

The U.S. Southern Command stated in an internal report that Sunni extremists might be crossing American borders with help from smugglers in South America.

A SouthCom spokeswoman did not address the report directly but told the Washington Free Beacon, "In 2015, we saw a total of 331,000 migrants enter the southwestern border between the U.S. and Mexico. Of that, we estimate more than 30,000 of those were from countries of terrorist concern."

Those countries include 34 nations in the Middle East, Africa and Asia, the Washington Free Beacon reported. Part of what makes dealing with migrants from these areas so difficult is the lack of information present in the countries they choose to travel through — in this case, countries in South America.

In June, the Washington Times reported that roughly a dozen Middle Eastern men, including an Afghan linked to the Taliban, were smuggled across the U.S. border through a network in Brazil.

Director of National Intelligence James Clapper testified in front of a Senate hearing in February that members of ISIS could be entering the United States as immigrants.

But Joel Vargas, head of Contingent Security Services and a consultant to law enforcement agencies, told the Washington Free Beacon the information simply is not true. He said evidence regarding relationships between Sunni extremists and smugglers does not exist, but that "existing smuggling networks from Central America are increasing their access."