Report Says African Elephants Are Being Poached At An Alarming Rate 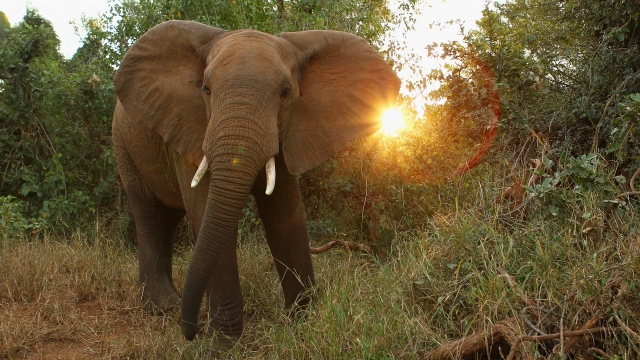 African elephant populations are continuing to dwindle, and a new report says poaching is to blame.

The Convention on International Trade in Endangered Species of Wild Fauna and Flora has been tracking this. CITES says while poaching is down overall, the number of elephants dying at the hands of poachers is still larger than the number being born.

High levels of poaching are still taking place in Central and West Africa, and the illegal ivory trade is a big incentive. CITES' data shows about 60 percent of elephant deaths are due to poaching, and the World Wildlife Fund estimates as many as 30,000 elephants are poached every year.

South Africa was thrust into the spotlight in 2014 when an elephant was poached at Kruger National Park for the first time in a decade. And the numbers continued to increase from there.

One side of the park borders Zimbabwe, a country where poaching is on the rise. The park itself is home to tens of thousands of elephants.

A lot of the areas in which the study saw increases in poaching may be sustainable for the elephant population, but not long term. CITES' secretary general said the trend could be stopped, however.

He said in a press release, "There are some encouraging signs, including in certain parts of Eastern Africa, such as Tsavo in Kenya, where the overall poaching trends have declined, showing us all what is possible through a sustained and collective effort with strong political support."