China Reportedly Told Residents Of One Region To Forfeit Passports 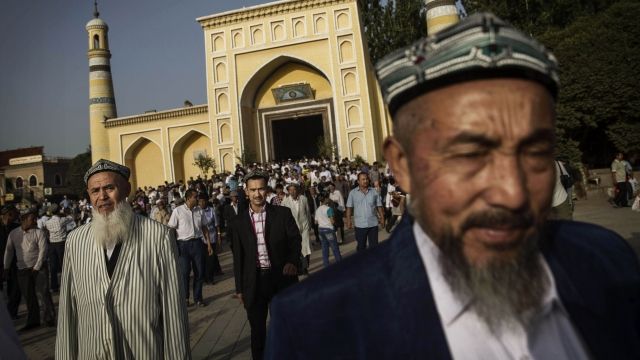 The Chinese government has been accused of forcing residents in a Muslim-majority region to hand over their passports.

A report from the state-owned Global Times says all residents of the Xinjiang Uighur Autonomous Region are subject to the "passport-management policy," which requires them to turn in their documents and get approval if they want to leave the country.

The report was published Thursday but has since been removed from the Times' website.

According to Human Rights Watch, the policy was put into place in October. And activists say it's raising tensions in a place that's already seen regular unrest.

Xinjiang is home to about 10 million Uighur Muslims, and many say they've faced widespread discrimination for decades.

China has blamed Uighur separatists for several attacks in recent years, including a knife attack at a train station in 2014 and another at a coal mine in 2015. Both incidents left dozens dead.

The government has responded to these attacks by implementing counterterrorism and security operations, like the passport policy. And critics say these repressive actions continue the vicious cycle.

As the China director for Human Rights Watch put it, "Chinese authorities have given no credible reason for taking away people's passports. ... Doing so across an entire region is a form of collective punishment and fuels resentment toward the government in a region where tensions are high."

Several reports say Xinjiang residents have until the end of February to turn in their passports.