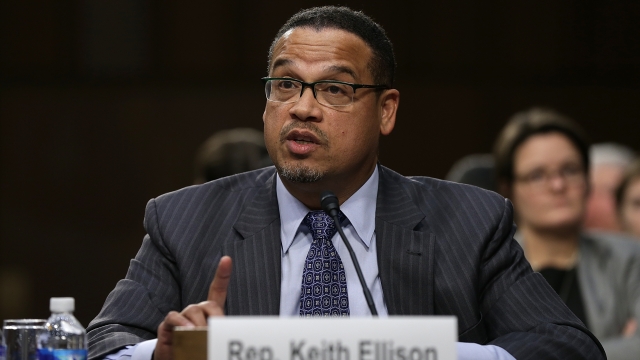 Minnesota Congressman Keith Ellison told ABC's George Stephanopoulos on Sunday, "We need to invest at the local party unit and focus our energy on turnout. That's how we come back — and we can come back."

Ellison apparently believes he has the vision to "bring back" the Democratic Party. He officially announced his candidacy for chairman of the Democratic National Committee on Monday.

His announcement was expected, since several high-profile Democratic lawmakers have expressed their support for him in the role.

Ellison also made the rounds on several Sunday shows to discuss his vision of the party's future.

Ellison is the first Muslim elected to Congress. He currently serves on the House Financial Services Committee and is co-chairman of the Congressional Progressive Caucus.

Former DNC chairman Howard Dean said last week he, too, is interested in returning to the position.

"I like Keith Ellison a lot. He's a very good guy. There's one problem: You cannot do this job and sit in a political office at the same time. It's not possible. We've seen what happens," the former Vermont governor said, referring to Rep. Debbie Wasserman Schultz's tenure as chairwoman.

But some have said the party needs a fresh perspective. And Ellison, with his background in community activism, civil rights and criminal law, apparently fits the bill.

Ellison has been criticized in the past for alleged ties to the Nation of Islam. He has distanced himself from the group, denouncing it as anti-Semitic.