Renewable Energy Works So Well In Germany, Customers Are Getting Paid 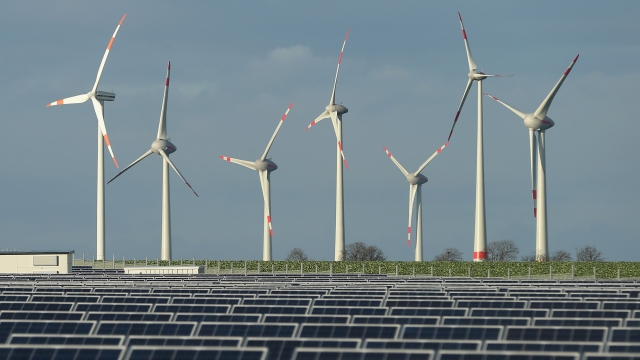 SMS
Renewable Energy Works So Well In Germany, Customers Are Getting Paid
By Ben Lawson
By Ben Lawson
May 12, 2016
Strong winds and a sunny day created an excess of renewable energy.
SHOW TRANSCRIPT

How does getting paid to use electricity sound? That's what happened for a few hours in Germany when favorable weather created a large amount of renewable energy.

On Sunday, strong winds and a sunny day led to a surplus. Quartz reports renewable energy was supplying 87 percent of the power being used in the country.

But the surplus had a negative effect on nuclear and coal plants. Because they can't be shut down quickly and there was so much available power, they ended up having to pay customers to use it.

The surplus is a solid bragging point for the country, which aims to completely convert to renewable energy by 2050. Although, it might not do much to win over critics of the plan.

Opponents often say renewable energy sources are too dependent on favorable conditions, and this would only be an example of the weather being just right for creating a surplus.

Denmark also created a surplus last year. At one point, wind farms were producing 140 percent of the electricity the country was using. Luckily for Germany, Sweden and Norway, Denmark sent the excess energy their way.