Reminder: Judge Judy Is Not On The Supreme Court 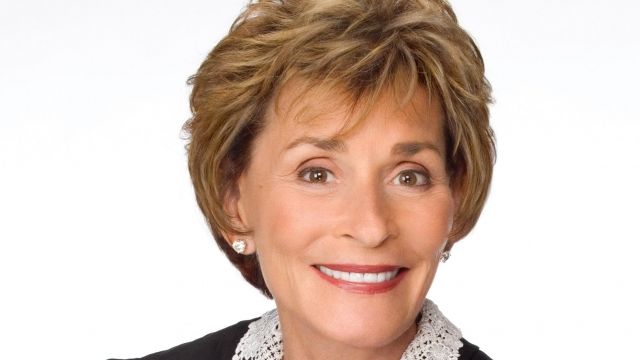 Bad news, folks. According to a recently released report, there is a "crisis in American civic education." And there's proof to back it up.

Last summer, the American Council of Trustees and Alumni surveyed 1,000 adults on their knowledge of American civics. Participants were asked a number of multiple-choice questions, and their answers were listed in two categories: college graduates and total population. Questions ranged from describing the Bill of Rights to picking the name of a U.S. Supreme Court Justice.

It appears the latter question stumped some people. Nearly 10 percent of college graduates picked Judith Sheindlin as a member of the Supreme Court. That's at least better than the more than 13 percent of the total population who chose her name.

Yeah, not quite. Sheindlin, who's commonly known as Judge Judy, is an American judge who gained fame thanks to that daytime TV show your grandma probably loves.

Her reality court show has been on the air for two decades and prior to that she spent 14 years practicing law in New York's family court.

If you're a little embarrassed for the confused graduates who thought she was a U.S. justice, you'll probably also feel bad for the more than 5 percent of college graduates who picked John Kerry as their answer. In comparison, 11.5 percent of the total population pegged him as a member of the U.S. judicial branch. Again, no. (Video via CBS)

But if you find yourself suddenly wondering who is on the Supreme Court and how they got there, we'll help you out — judgment free.

These nine people make up the current U.S. Supreme Court. They got their seats thanks to a president nomination and a Senate vote. And they can pretty much hang on to their position for life, as long as they maintain good behavior.