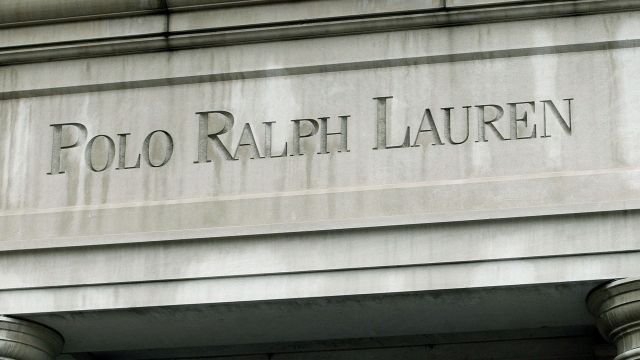 SMS
Ralph Lauren Closing Stores, Cutting Workforce To Save Money
By Calvin Stovall
By Calvin Stovall
June 7, 2016
With its stock down almost 50 percent since 2014, the legendary brand is taking a page from its younger competitors.
SHOW TRANSCRIPT

Fashion is always moving forward, and one of the industry's longtime leaders has been struggling to keep pace.

On Tuesday, the Ralph Lauren Corporation announced it will be closing 50 stores and cutting its workforce and inventory.

The company hopes the move will save up to $220 million over the next fiscal year and put them back in the race with "fast-fashion" brands like H&M.

CEO Stefan Larsson, who worked at both H&M and Old Navy, told investors and analysts Tuesday: "The business has struggled over the last three years. We have to do a better job to give the consumer something really exciting."

The company's founder and namesake, Ralph Lauren, stepped down as CEO last fall after almost 50 years at the helm.

In 1967, Lauren launched the brand as a line of neckties, originally labeled Polo.

Lauren went on to become a multibillionaire as his brand expanded to include everything from men's and women's sportswear and accessories to luxury home goods.

Ralph Lauren's profits dropped 22 percent in the past year, and its stock has fallen almost 48 percent since December 2014.

The company says the cuts should help it return to profitability by 2019.

This video includes clips from Ralph Lauren and Bloomberg and images from Getty Images.