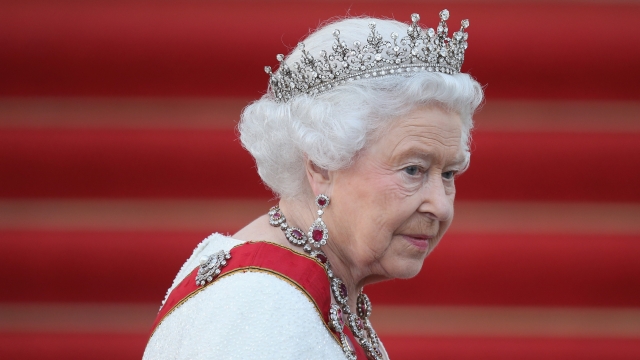 There's some confusion over who exactly is footing the bill for the massive $455 million renovation to Buckingham Palace.

"If the Queen — the royal family — wants to consider a contribution, I certainly wouldn't send the check back," Labour Shadow Chancellor John McDonnell said on BBC's "The Andrew Marr Show."

"We, the public, don't get to enjoy the vast majority of Buckingham Palace. So why are we handing over the money?" a Sky News anchor asked.

And there's a petition demanding the royal family — rather than taxpayers — pay for the entirety of the repairs.

SEE MORE: Prince Harry Calls Out The Media For Harassing His Girlfriend

But if we want to get really technical about it, the Queen is paying for the repairs. All $455 million of them.

Time for a royal history lesson. A large portion of Queen Elizabeth's wealth comes from the Crown Estate.

It's a big collection of land and property that's owned by the reigning monarch.

Back in 1760, King George III made a deal with the government: He would hand over the Crown Estate's surplus revenue each year, and in return, the government would give him a fixed amount of money.

Today, that fixed amount is called the Sovereign Grant. It's currently set at 15 percent of the Crown Estate revenues from the previous two years.

The Queen doesn't use the Sovereign Grant to pay her personal expenses. Instead, it's used to pay household staff salaries and property maintenance for the royal palaces — including the upcoming renovations for Buckingham Palace.

SEE MORE: The UK Will Pay You To Clean (And Live In) The Queen's Palace

We now know the Sovereign Grant is going to increase to 25 percent during the 10 years it takes to complete the renovations.

The Telegraph estimates Queen Elizabeth will receive about $95 million in 2017 under the 25 percent Sovereign Grant.

And all $455 million worth of renovations could be paid off fairly soon if the past year is anything to go by.

The Crown Estate gave more than $380 million in revenue to the treasury in 2016.