Quarterbacks May Not Be The Hottest Football Players After All 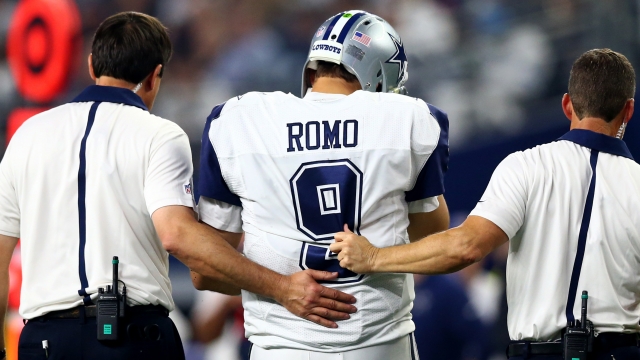 SMS
Quarterbacks May Not Be The Hottest Football Players After All
By Samantha Crook
By Samantha Crook
February 4, 2016
A survey asked people to rate football players on attractiveness. Compared to other positions, QBs didn't do so well.
SHOW TRANSCRIPT

According to a new survey, quarterbacks aren't the most attractive guys on the football field — contrary to popular belief.

"It's Tom Brady at the highest level, but it's also the good-looking high school kid who's dating the cheerleader," the executive editor of Sports Illustrated told "Good Morning America."

The executive editor of Sports Illustrated and a professor at Tufts University surveyed 100 people as part of their book "This Is Your Brain on Sports."

Using official media photos, researchers concealed the players' team names and asked participants to rate each player's attractiveness on a scale from 1 to 10.

Researchers even did the study two more times — one time using NFL players again (but switching linebackers for defensive backs) and another time with college players. Same findings.

But a few of the QBs deserve honorable mentions. Among their lowest-performing group, these three came in first: Alex Smith, Tom Brady and Ryan Tannehill.