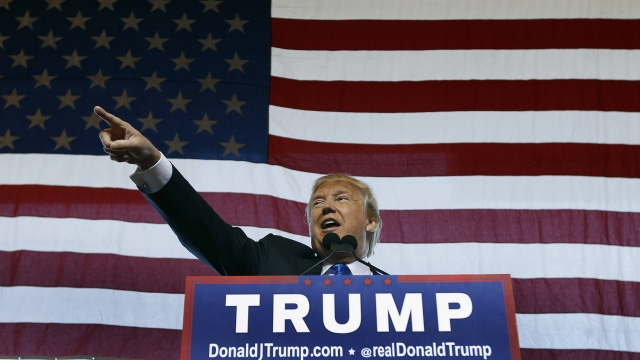 In a message available on the Kremlin website, Putin said he hoped for "cooperation in ending a crisis in Russian-American relations."

Russia's lower house of Parliament also reportedly broke out in applause at the news of Trump's election victory.

Some consider Russian-American relations to be at their lowest point since the Cold War.

Conflicts in Syria and Ukraine have been particularly contentious issues. Just last month, the Obama administration ended talks with Russia over a failed cease-fire in Syria.

Around the same time, the U.S. government officially accused Russian-backed hackers of interfering with the election.

While campaigning, Trump said he would work closely with Moscow and pitched a number of foreign policy proposals that would benefit Russia –– including recognizing Russia's annexation of Ukraine's Crimea peninsula two years ago.

Putin has praised Trump's calls for working together, but last month, he also admitted, "We don’t know whether ... Trump will realize his intentions, how far he will go in the direction of cooperation with us."