Puppy Has 2 Storybook Endings, Thanks To 1 Deputy 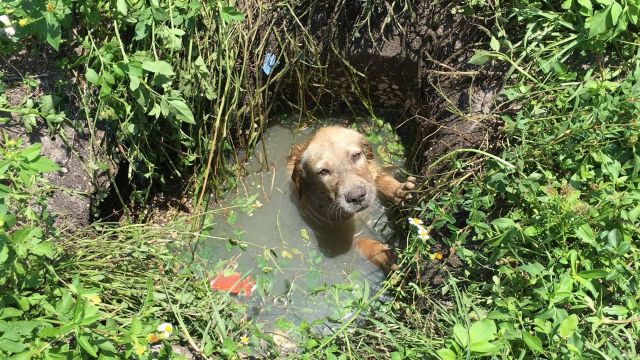 Some alert sheriff's deputies are credited with saving the life of a dog, in more ways than one.

Deputies from the St. Lucie County Sheriff's Office were serving paperwork in Fort Pierce, Florida, when they heard a dog whimpering nearby. After some searching, they found a puppy stuck in a collapsed septic drain.

The deputies, with the help of animal control, rescued the pup from the smelly mess, who was in need of several baths.

After an unsuccessful search for his owner, one of the deputies that rescued the four-legged youngster decided to adopt him.

The puppy now seems to be living a comfortable life in his new home. Apparently, it was love at first sight.

The St. Lucie County Sheriff's Office shared the story on Facebook, where it has thousands of likes, shares and comments.