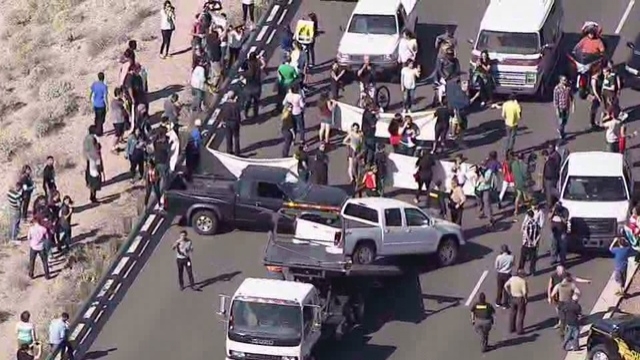 Another Donald Trump event has been disrupted by protests, this time in Arizona. Dozens of demonstrators blocked off traffic Saturday ahead of a Trump rally.

The protesters parked several trucks across a major road leading toward the venue where Trump was scheduled to speak. Traffic was backed up for miles before authorities could break up the blockade.

Maricopa County Sheriff Joe Arpaio, who is endorsing Trump, was also in charge of policing the rally.

"We had a little problem, some demonstrators. ... If they think they're going to intimidate you and the next president of the United States: not going to happen. Not in this town," Arpaio said.