The People Who Give Themselves Hookworm May Be Onto Something 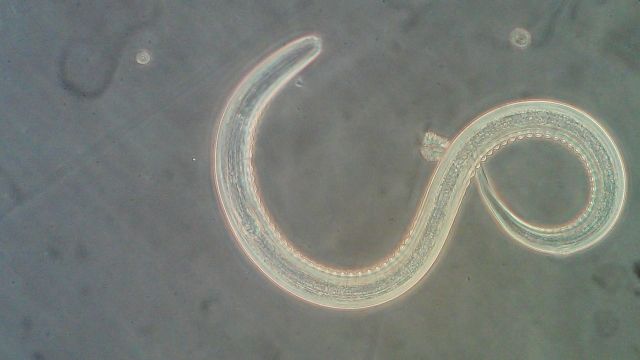 SMS
The People Who Give Themselves Hookworm May Be Onto Something
By Steven Sparkman
By Steven Sparkman
October 26, 2016
Hundreds of people claim hookworms helped them overcome asthma or other inflammatory diseases. Soon, they may not even need the parasites.
SHOW TRANSCRIPT

Soon, you too could have all the benefits of a hookworm infection without actually having to carry a parasite. Maybe that needs some explaining.

You've heard of the hygiene hypothesis, right? It's the idea that modern life is too clean and without the constant threat of grime and disease, our immune systems can go kind of haywire.

SEE MORE: A Brain Parasite Might Be Making Us Angrier

It may be gross, but parasites are part of that story, too. Scientists are particularly interested in the lowly hookworm because there's some evidence a worm infection can actually treat immune and inflammatory diseases, like asthma.

It kind of makes sense when you think about it. If there's one tool any parasite needs, it's the ability to change its host's immune system to keep itself from getting attacked. And sometimes those changes may be beneficial.

Some people have rushed out and given themselves hookworm once they learn about all this. One famous case is Jasper Lawrence, who started selling the worms after claiming they cured his allergies and asthma.

But getting infected is obviously a dangerous move. Hookworms can cause their own problems, including intestinal pain, anemia and even death.

The goal for scientists, then, is to learn how exactly the worms are regulating the immune system and to turn those techniques into safe drugs. That research is already looking really promising.

An Australian lab has now found a protein the worms use to make the immune system less jumpy. It treats asthma in mice, it makes human cells less allergic to dust mites and it can be mass produced.

If scientists can harness the power of worms, the list of diseases they might be able to treat is impressive. It includes asthma, inflammatory bowel disease, celiac disease, Crohn's disease, hay fever and even multiple sclerosis.