Professor: If Trump Gets The Nomination, He'll Win In November 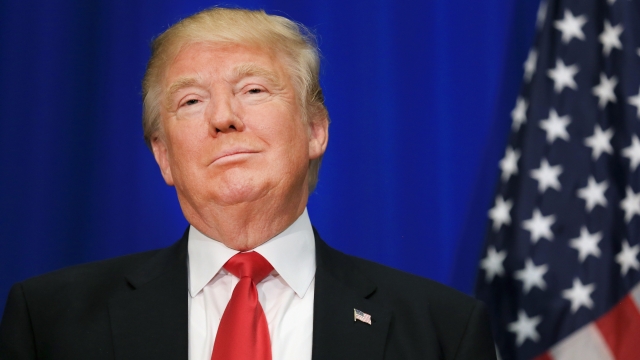 SMS
Professor: If Trump Gets The Nomination, He'll Win In November
By Eugene Daniels
By Eugene Daniels
February 26, 2016
A Stony Brook University professor says the billionaire is an "almost complete certainty" for the presidency if he wins the GOP nomination.
SHOW TRANSCRIPT

Folks, get ready for President Donald J. Trump! Let us explain. According to a professor at Stony Brook University, the billionaire has at least a 97 percent chance of being our 45th commander in chief if he gets the GOP nomination.

First, a little bit about the professor, Helmut Norpoth. He created a model that predicts candidates' possible performance in a general election based on how they do in their party's primary. Norpoth claims his model has worked in every presidential election except one since 1912.

Norpoth told Stony Brook's student newspaper, "That’s exactly the kind of equation I used to predict Bill Clinton winning in ‘96, that I used to predict that George Bush would win in 2004, and, as you remember four years ago, that Obama would win in 2012.” Of course, those guys were already president during those elections, which makes it easier to win.

But the stats seem to be based largely on at least one indisputable fact: It's very hard for an incumbent party to get the White House after two terms in office. That hasn't happened since President George H.W. Bush took over for President Ronald Reagan, and they were running mates. But it leaves out what's going on in the country at the time of the election — which is a big factor.

Assuming Hillary Clinton and Trump get nominated, the model has Trump winning 54.7 percent to 45.3 percent of the popular vote. Norpoth says Sen. Bernie Sanders would also lose in a landslide, considering that they are "in an essential tie" in the primary.

Trump's hypothesized landslide victory doesn't quite match up with polling though. According to an aggregate of national general election match-ups, Clinton would beat Donald Trump by at least 2 points in November.

This video includes images from Getty Images and clips from Donald J. Trump for President, Bernie 2016 and C-SPAN and Fox Business. Music via the U.S. Air Force.