Prince William Will Appear On The Cover Of A Gay Magazine 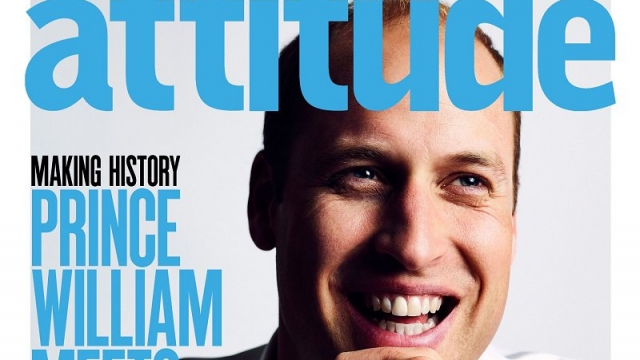 SMS
Prince William Will Appear On The Cover Of A Gay Magazine
By Ryan Biek
By Ryan Biek
June 15, 2016
It's the first time a British royal has ever done this.
SHOW TRANSCRIPT

It's the first time a member of the royal family has done that for any gay magazine.

A statement from the magazine said the Duke of Cambridge invited nine members of the LGBT community to Kensington Palace to discuss bullying and the mental health struggles that can come with it.

Attitude's editor talked to the Independent about the significance of Prince William's cover, saying, "The highest institution of the country, the royal king, is saying it's not suitable to bully someone because of their sexuality."

In April, Prince William, Duchess Catherine and Prince Harry announced a new health initiative aimed at making mental illness a more accepted and talked about issue for everyone.

"Let's get our heads together and change the conversation of mental health," Prince William said in video for the Heads Together campaign.

A spokesman for the royal family said it's "the biggest single project Their Royal Highnesses have undertaken together."

The July issue of Attitude magazine with William on the cover hits stands June 22.

This video includes clips and images from Attitude, Heads Together and Getty Images. Music provided courtesy of APM Music.