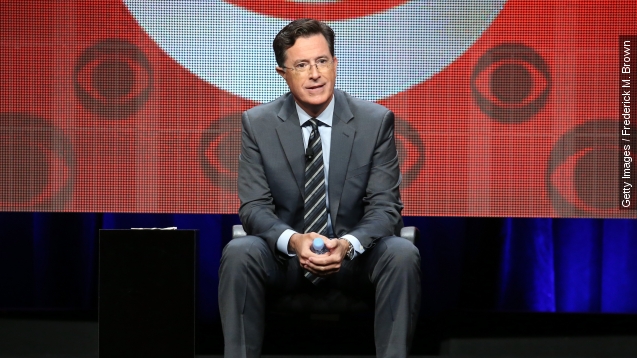 "Yeah, by a lot," Trump responded.

If Jimmy Fallon was criticized for being soft on Donald Trump during his interview Friday night, that's probably exactly what Trump was counting on. (Video via NBC / "The Tonight Show Starring Jimmy Fallon")

But if candidates are looking to late-night as a friendly environment to help their image, they may want to think twice about picking the new "Late Show" as their destination. (Video via CBS / "The Late Show With Stephen Colbert")

That's not to say host Stephen Colbert is unfriendly — critics have readily labeled him "charming."

But it's unlikely you'll be seeing any White House hopefuls "whipping" or "nae naeing" in the Ed Sullivan Theater anytime soon. (Video via The Ellen Degeneres Show)

That's because Colbert seems more interested in serious conversations, whether they be about loss ...

"I was a hell of a success. My son was better than me," Vice President Joe Biden told Colbert.

Which makes it interesting viewing for political junkies, and it'll be fascinating to see how Trump fares when he appears on the show Sept. 22.

Especially because Colbert's last guest, Stephen King, may or may not have compared Trump to a demon.

"Perhaps this boogeyman figure is someone who rises to great prominence for reasons that no one can particularly understand," Colbert posited to King.

"This boogeyman figure has a certain satanic sponsor," King said.