Candidate Evan McMullin Isn't Sure The GOP Can Survive This Election 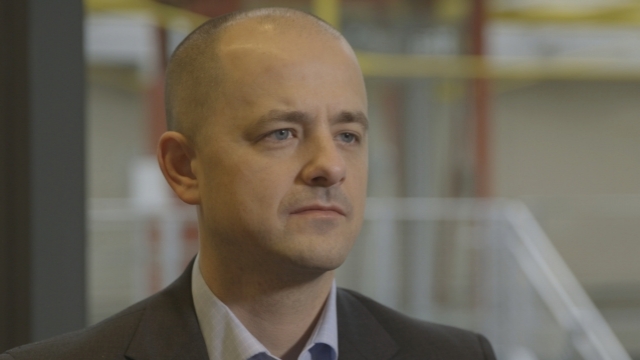 "It will likely be necessary for something new in terms of a new conservative movement in this country. We are already been building that — we built it. It's real now. It's not a what if. It's here. The question is, what do we do with it?" Evan McMullin told Newsy.

McMullin is an independent presidential candidate, a former CIA operative and — as of 2016 — a former Republican. And he's pretty sure Donald Trump and the GOP leaders who support him have forced many conservatives out of the GOP for good, energizing them for something different.

McMullin argues it doesn't matter whether Trump moves into the White House or not. For him, the damage is already done.

"You still have a group of people who supported Donald Trump and voted Republican through the primaries who are empowered now because they got a nominee that reflects their extremist ideas. They are going to feel empowered whether Donald Trump wins or loses."

McMullin's right. Trump supporters have basically been with him since the beginning and show no signs of ever going anywhere.

But McMullin is equally worried about the lawmakers who have sided with Trump. His recent string of scandals has publicly splintered the party, and it will be hard for the GOP leaders still at Trump's side to rebuild their image with anti-Trump conservatives.

"If you did not stand up for the notion that we were all created equal and for the cause of liberty when it was hard, when you'd faced criticism, when you might have even stood alone for a time — if you did not stand up then, then I don’t believe you are qualified to serve as leadership going forward in a new conservative movement."