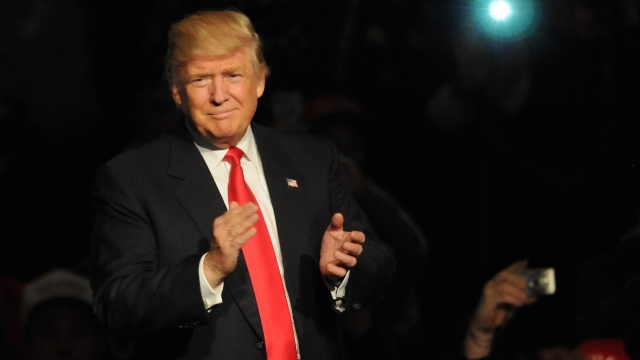 The Electoral College has sealed the deal for President-elect Donald Trump.

While Trump's victory was very much expected, so were protests.

Demonstrators were seen and heard in and around the places electors met to cast their votes.

And while there had been talk about "faithless electors" impacting Monday's vote, NPR reports most of the electors who disregarded their state's popular vote count were in states Democratic nominee Hillary Clinton won.

SEE MORE: Third-Party Voters Are Getting Blamed For Clinton's Loss

One of those states was Washington. Four of the state's 12 electors decided not to vote for Clinton. Three voted for former Secretary of State Colin Powell. One voted for Faith Spotted Eagle, who has vocally opposed the Dakota Access Pipeline and other similar projects.