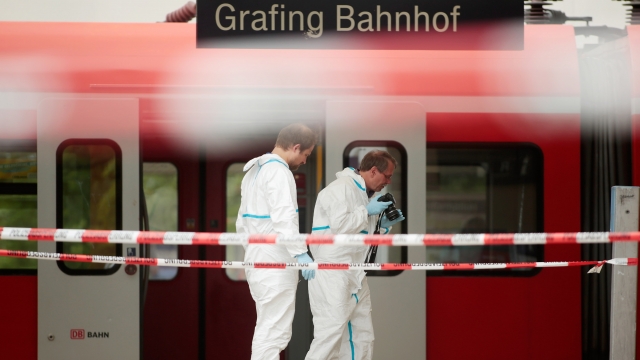 One man is dead and three are injured after a barefoot man wielding a knife allegedly started an attack on a German train Tuesday morning.

Police say the 27-year-old suspect wounded his first victim on the train and the other three on or near the train platform in a small town 25 miles outside of Munich. Police took the suspect into custody soon after.

Witnesses claim the attacker shouted "Allahu akbar," meaning "God is great." But Bavarian officials have said there's not evidence the suspect is an Islamic extremist.

The suspected attacker does have mental health and drug issues, according to officials. Police are reportedly still investigating if the attack was in any way politically motivated.

This is the third knife attack of this nature in Germany since last August.

This video includes clips from Deutsche Welle, the Guardian and ISIS, and images from Getty Images.