Pope Francis To Be First Pontiff To Address U.S. Congress 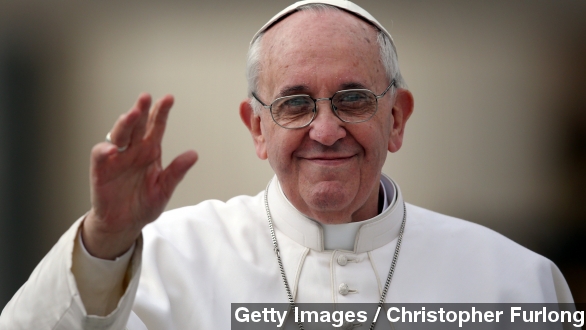 Pope Francis will become the first pope to address a joint session of Congress this fall.

House Speaker John Boehner made the announcement in his weekly press conference Friday.

"We are humbled that the Holy Father has accepted our invitation and certainly look forward to receiving his message on behalf of the American people," Boehner said.

The pope will speak at the Sept. 24 session. His appearance is scheduled during an already planned trip to the U.S. He will also make stops at the White House, U.N. General Assembly and ground zero in New York. (Video via CBS)

House Minority Leader Nancy Pelosi released a statement saying she is "honored and overjoyed" Francis will make an appearance.

"Pope Francis has renewed the faith of Catholics worldwide and inspired a new generation of people, regardless of their religious affiliation, to be instruments of peace," she said.

Pope Francis was elected as head of the Catholic Church in 2013.