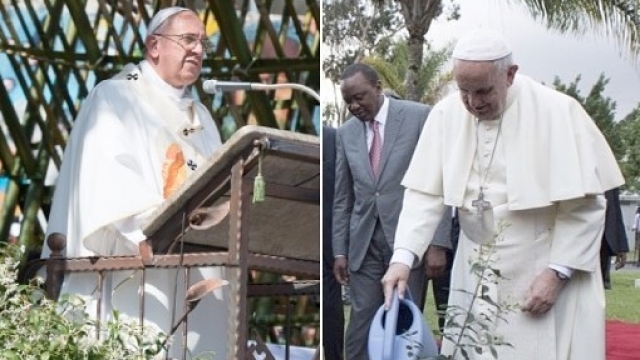 Pope Francis wants to save the planet — and he wants Catholics to help.

In a message marking the Roman Catholic Church's World Day of Prayer for the Care of Creation, he proposed adding the care of the planet to the list of Christian works of mercy.

You may have heard of the traditional works of mercy: feed the hungry, give drink to the thirsty, clothe the naked and others.

But the pope said in his message that the world has new forms of poverty, and new forms of mercy are needed to address them.

SEE MORE: The Latest Attempt To Save The World? Edible Food Packaging

"When we mistreat nature, we also mistreat human beings. At the same time, each creature has its own intrinsic value that must be respected," he said.

Church officials say the proposal was "the next logical step" for the pope's push for a green church.

A religious studies professor at Catholic University of America told The Washington Post, "Where he's really, I think, pushing us forward in Catholic social teaching is trying to get us to see that this is one problem. It's not two, separate and unrelated."

Pope Francis encouraged Christians to ask for forgiveness for their sins against the planet and then make changes to their daily lives to help the environment, like turning off lights and carpooling.