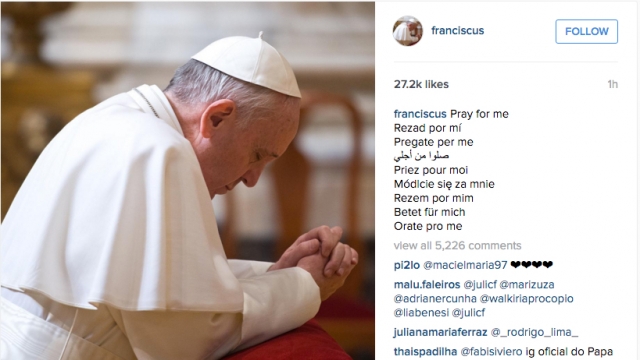 Pope Francis finally got an Instagram, so we can officially find out what his favorite filter is.

The pope posted his first picture Saturday with the caption "pray for me" in nine languages. An hour after that was posted, his account got over 100,000 followers.

Some speculated the meeting was meant to sway the already social media-savvy pope to join the site. Francis even gave his new Instagram account a shoutout on Twitter.

Systrom said in a post Saturday: "Watching Pope Francis post his first photo to Instagram today was an incredible moment. ... Your messages of humility, compassion and mercy will leave a lasting mark."