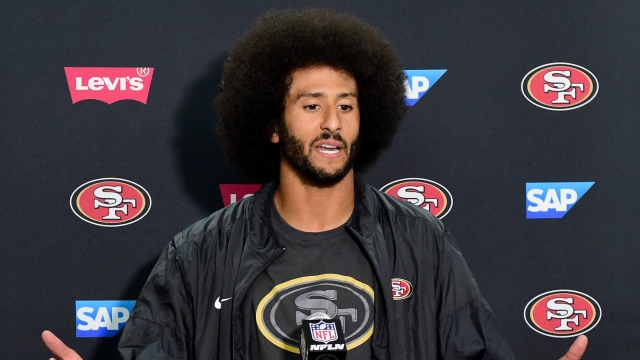 SMS
Police Who Work Security At 49ers Games Aren't Happy With Kaepernick
By Ryan Biek
By Ryan Biek
September 4, 2016
The officers have threatened to boycott unless Colin Kaepernick is disciplined for his protests.
SHOW TRANSCRIPT

Kaepernick has criticized police and in silent protest refused to stand for the national anthem during preseason games.

Officers who work security at 49ers games volunteer to do so, and they have threatened to stop if the Niners don't discipline Kaepernick.

But Santa Clara's police chief has argued Kaepernick has the right to protest and that officers have a responsibility to the community.

"And I can also understand that they're disappointed, but I really think they need to focus their attention and what their goal is, and that is to protect security for all citizens in our community," the police chief said.

It seems unlikely at this point that the 49ers organization will fine or discipline Kaepernick, as the team and the league have noted players are not required to stand for the national anthem.

The 49ers head coach recently announced Kaepernick will be second string, in favor of Blaine Gabbert. However, analysts have noted Kaepernick has declined as a quarterback, and he was benched toward the end of last season.