Our Clothes Are Made Of Plastic, And It's Polluting The Ocean 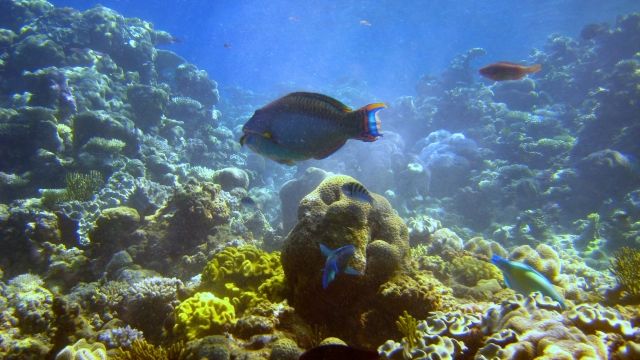 SMS
Our Clothes Are Made Of Plastic, And It's Polluting The Ocean
By Lindsey Pulse
By Lindsey Pulse
October 1, 2016
Microfibers from clothing were found in creatures that live thousands of feet below the ocean's surface.
SHOW TRANSCRIPT

Several countries have banned plastic microbeads in beauty products because they're bad for the environment. But what about plastic fibers in clothes?

Well, researchers found plastic microfibers in the stomachs of creatures that live thousands of feet below the ocean's surface.

The team studied the effects of plastic pollution on a global scale and found basically no environment on Earth is unaffected.

The scientists reportedly used a remotely operated vehicle to collect samples of sediment and animals.

Of course, plastic in the ocean isn't really new; sea creatures get caught in soda can rings all the time. But it's alarming the fibers are that deep in the water.

Luckily, the fibers don't appear to stay in the animals' digestive systems. But that doesn't mean the crabs and other creatures should eat them.

Plastics have accumulated in the stomachs of other creatures on land and underwater. And this finding proves there's a decent chance that deep-water environments could be headed for the same fate.