Uber Is Testing Its Self-Driving Cars With Passengers In Pittsburgh 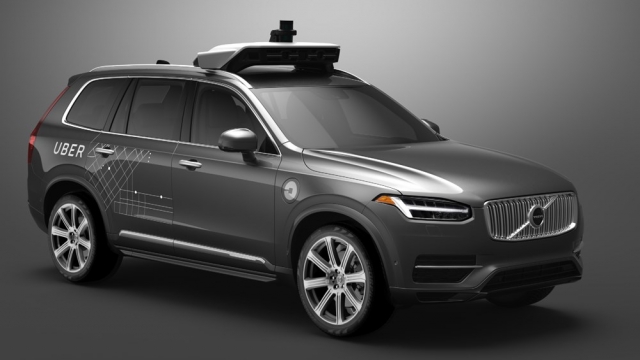 SMS
Uber Is Testing Its Self-Driving Cars With Passengers In Pittsburgh
By Ben Lawson
By Ben Lawson
August 18, 2016
Uber is using real passengers to test out its self-driving car service in Pittsburgh.
SHOW TRANSCRIPT

A handful of self-driving Ubers will ferry passengers around Pittsburgh starting this month.

The semi-autonomous cars will pick up customers and — since the technology is still in testing — the brave guinea pigs will get the ride for free.

The fleet consists of a modified version of a Volvo XC90. A driver will be in the front seat with their hands on the wheel so they can take over if anything goes wrong, and an engineer will be in the passenger seat to take notes on the drive.

SEE MORE: Would You Rather Your Self-Driving Car Killed You Or A Pedestrian?

Testing the technology with real customers is a big step toward Uber's dream of a completely driverless service.

CEO Travis Kalanick says cutting the driver out of the equation could potentially make the service much cheaper for riders — possibly even cheaper than a private car.

But right now self-driving cars are still under intense scrutiny. As of yet, there aren't any fully autonomous vehicles on the road.

Tesla has started to roll out limited autopilot features, but a deadly crash involving its autopilot mode has regulators investigating its safety.

Google's autonomous car has also had a few accidents, but none of them were serious — likely because the car is capped at 25 miles per hour.

Uber and Volvo just announced a partnership to develop a completely autonomous car by 2021, but it's not clear when they plan to roll out a driverless ride-hailing service.