PepsiCo Drinks Are About To Get A Lot Less Sugary 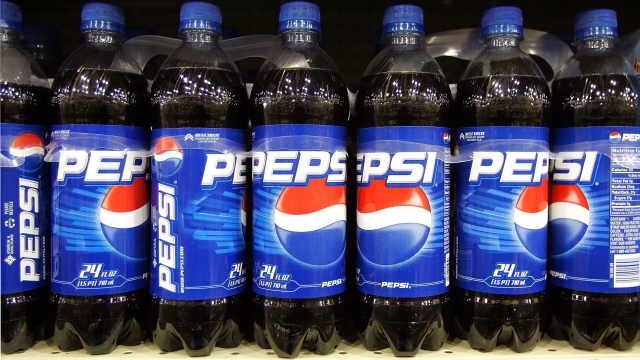 Your PepsiCo drink is eventually going to taste different. Thankfully, you have about nine years to mentally prepare yourself before that happens.

By 2025, PepsiCo wants two-thirds of its 12-oz. beverages to have less than 100 calories from added sugars.

The move comes after the Food and Drug Administration rolled out new requirements for listing added sugars. But since PepsiCo hasn't updated its nutrition labels yet, it's still unclear which of its drinks will be changing.

PepsiCo says it will be "reformulating" some of its carbonated soft drinks, as well as creating new low-calorie beverages.

PepsiCo is also the maker of SoBe teas and Starbucks coffee drinks.

This announcement comes about one week after the World Health Organization urged countries to tax sugary drinks in an effort to reduce obesity and tooth decay.

The city of Philadelphia already approved such a tax. It'll go into effect in January.

PepsiCo isn't just trying to reduce added sugars in its drinks — it also plans to reduce saturated fats and salt in its foods by the same 2025 deadline.