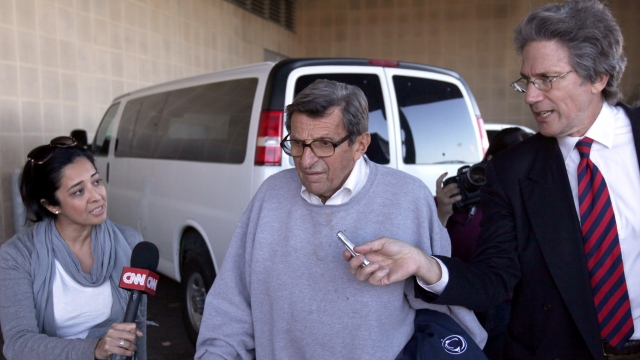 According to a court decision in a case between Penn State and one of its insurers, the insurance company claimed that "in 1976, a child allegedly reported to PSU's head football coach Joseph Paterno that he (the child) was sexually molested by Sandusky."

The document goes on to say other Penn State staff became aware of the abuse in separate incidents in 1987 and 1988. All those allegations came from victims' depositions that are currently sealed.

It says those cases reportedly made it up to Penn State's athletic director, but Judge Gary Glazer wrote, "There is no evidence that reports of these incidents ever went further up the chain of command at PSU."

In 2012, Sandusky was convicted on 45 counts relating to child sexual abuse and sentenced to 30-60 years in prison.

After Sandusky's abuses came to light, there was a lot of speculation about what Paterno did or didn't know about the situation. His family vehemently denied any wrongdoing and refuted the court filing Thursday, saying, "Joe Paterno did not, at any time, cover up conduct by Jerry Sandusky."

The NCAA wasn't convinced. More than 100 of Paterno's career wins were temporarily stripped from the record as part of NCAA sanctions, and a statue of Paterno on PSU's campus was taken down.

Sandusky is currently appealing his convictions.