Peacocks Die At Chinese Zoo After Being Roughly Handled For Selfies 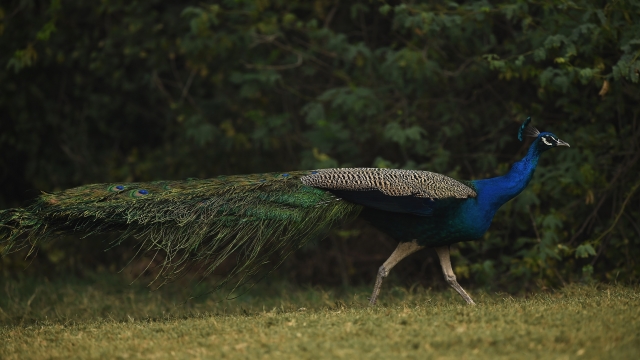 SMS
Peacocks Die At Chinese Zoo After Being Roughly Handled For Selfies
By Ryan Biek
By Ryan Biek
February 22, 2016
Visitors at the Yunnan Wild Animal Park reportedly hugged and even plucked feathers from two of the zoo's peacocks, which eventually died.
SHOW TRANSCRIPT

Two peacocks at a Chinese zoo have died from shock after being handled "violently" by visitors trying to take selfies with them.

Peacocks aren't known to approach people, and a representative for the Yunnan Wild Animal Park told a Chinese outlet workers had warned tourists not to touch the birds.

But visitors reportedly ignored the warning, hugging the peacocks and even plucking their feathers. One bird died within a half hour of being handled.

Many see the incident as another example of a photo opportunity going too far. A rare dolphin in Argentina recently died after it was taken out of the water so beachgoers could snap selfies with it.

The peacocks reportedly died Feb. 12, but news of the incident is just now beginning to spread. So far, the zoo hasn't filed any charges.

This video includes images from Getty Images and Sarah / CC BY 2.0.