Paul Simon Says The End Of His Career May Be Near 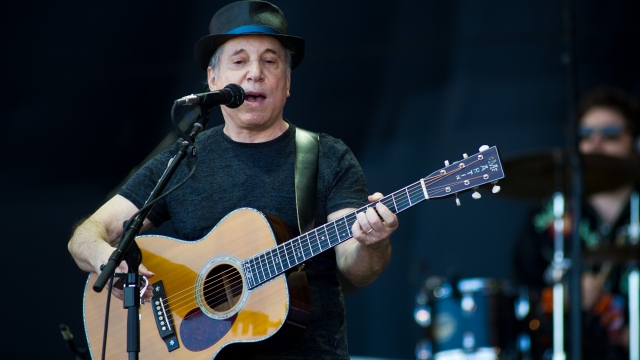 SMS
Paul Simon Says The End Of His Career May Be Near
By Ryan Biek
By Ryan Biek
June 29, 2016
He told the New York Times, "Showbiz doesn't hold any interest for me."
SHOW TRANSCRIPT

Paul Simon's performance Friday in Forest Hills, Queens, could be his last show ever in North America.

The 74-year-old singer told The New York Times, "Showbiz doesn't hold any interest for me. None." Sixty-one years into his iconic career, he said the end is near.

It may be the most sentimental place to end a career, if he's into that kind of thing. The venue in Queens is just blocks away from his childhood home.

The thing is, though, Simon's still making extremely popular music. His current tour isn't surviving solely off of his past "greatest hits."

His latest album dropped in June and debuted at the No. 1 spots on Billboard's lists for top rock and Americana/folk albums. It marked his best performance on those charts since 1987.

He even told Billboard this month he thinks his voice has gotten better.

Simon and his songwriting partner Art Garfunkel became voices of a generation in the 1960s. They wrote the soundtrack for "The Graduate." And their album "Bookends" has been called one of the best from that decade.

SEE MORE: "Google Made A Machine That Can Compose Its Own Music"

Simon's produced a total of 13 solo studio albums. But even though his songwriting hasn't declined, his health might have. He told The New York Times it's not unusual for him to need 15 hours of sleep at a time.

Simon hasn't definitively said if he's going to retire, but he's likely to keep strapping on his guitar for a little while longer. He has roughly 20 shows booked for a European tour starting in October.