Paul Ryan Has Lost A Lot Of Popularity Among Republicans 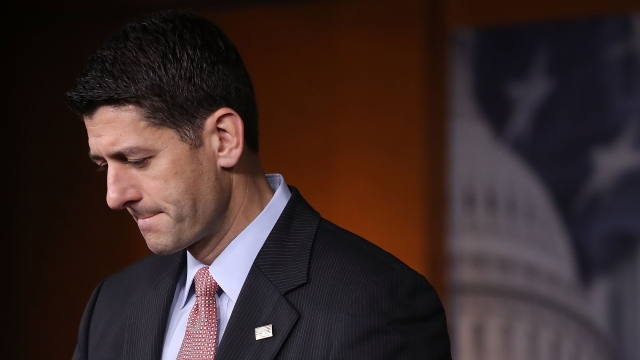 Paul Ryan is losing the popularity race among Republican voters.

Before the Republican National Convention in July, a Gallup poll showed the U.S. House Speaker's favorability at 71 percent, but recently those numbers have gone way down.

The Economist and YouGov polled voters starting in mid-October and found 58 percent of Republicans have either a "somewhat unfavorable" or "very unfavorable" view of Ryan.

And ThinkProgress speculates that drop has to do with Donald Trump. Ryan endorsed the presidential nominee in June. But since then, Ryan has distanced himself from Trump since the candidate has been involved in a number of scandals.

The Trump-Ryan relationship seemed to come to a halt after a leaked "Access Hollywood" video showed Trump talking about groping women, kissing them without consent and trying to seduce a married woman.

Ryan has denounced several of Trump's comments, although he hasn't completely withdrawn his endorsement. And with Trump supporters representing a growing number of GOP voters, Ryan's distance from the candidate might be upsetting a large number of those voters.

But Ryan's lukewarm support of Trump probably isn't the only reason his ratings have gone down. Ryan's previous budget proposals have also been unpopular among voters from both parties.

And Ryan isn't the only high-ranking Republican who's not popular with voters. Senate Majority leader Mitch McConnell's unfavorability is even higher.