Party Conventions Could Mean A Surge In Human Trafficking 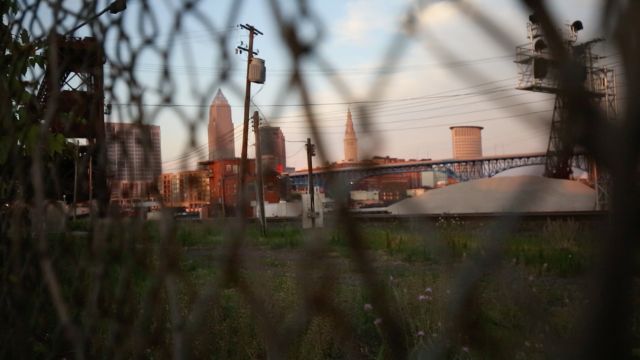 SMS
Party Conventions Could Mean A Surge In Human Trafficking
By Melissa Prax
By Melissa Prax
July 22, 2016
Human trafficking is an issue at any big event, so advocates are pushing for education before and during the Republican and Democratic conventions.
SHOW TRANSCRIPT

"It's really going to take us all a long time to end the demand and have a world free of slavery," said Anne Victory, education coordinator for the Collaborative Initiative to End Human Trafficking.

Anti-trafficking advocates and the GOP share a common goal: They want people to be aware of red flags at hotels and in communities.

The National Human Trafficking Resource Center says there were 5,544 cases in the U.S. alone last year, and those were just reported cases. Even the center says the cases "do not define the totality of human trafficking."

Before the Republican National Convention, staff at dozens of Cleveland hotels were educated on how to look out for human trafficking, especially during the convention.

Similar education efforts are going on at the Democratic National Convention.

"Lots of things to look for. I would say some of them is someone who really won’t look you in the eye, who's very nervous, very frightened, perhaps accompanied by someone who is domineering," Victory said.

"You need a local response, even though it's a global and a national issue," she said.

And that national and global issue is addressed in the GOP's new party platform — with a goal to have trafficking victims returned to their homes.

"It's amazing the ways people think to abuse someone else, use them as a throw-away item rather than as a person," Victory said.

And it's not just sex trafficking. Labor trafficking is also a huge issue advocates are trying to combat.

This video includes a clip from Olaf / CC BY ND 2.0 and music courtesy of APM music.