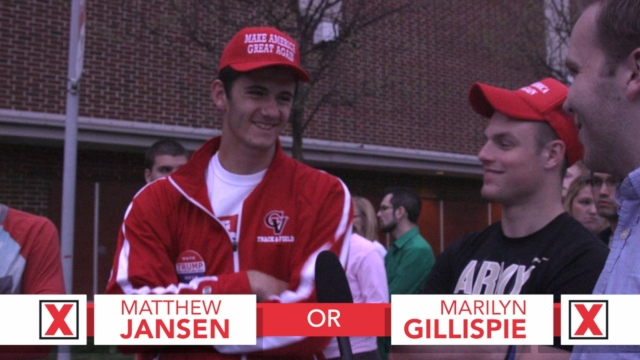 We're in Harrisburg, Pennsylvania, and there are thousands of people here to see Donald Trump. Most of them, a lot of them, are voting in the primary Tuesday. Very few of them seem to know who the candidates for delegates are. And that's pretty important.

"I have almost 300 more delegates than Cruz, even though it's a crooked system," Trump said.

The primary system is complicated, and it might be most complicated in Pennsylvania. Here, in each congressional district, voters pick a presidential candidate and on that same ballot, elect three delegates who actually select the nominee at the convention. But many of those delegates are already committed to a candidate, and voters don't even know it. Like Matthew Jansen pledged for Donald Trump or Marilyn Gillispie for Ted Cruz.

So we asked GOP voters who their pick was for the Republican nominee and which delegate they support.

"So, do you support Matthew Jansen over Marilyn Gillispie?"

When we called Pennsylvania's Secretary of State's office and the state Republican Party, neither could give us the delegate candidates.

"It's a huge problem because these people are representing our voice at a convention, and we really know nothing about them," a Trump supporter said.